A Company Tree is a representation of how a Company is structured and is used to:

Note: If you use RQ, you have limited control of your Company Tree.

See the figure below for a general concept of how a Company Tree is structured. 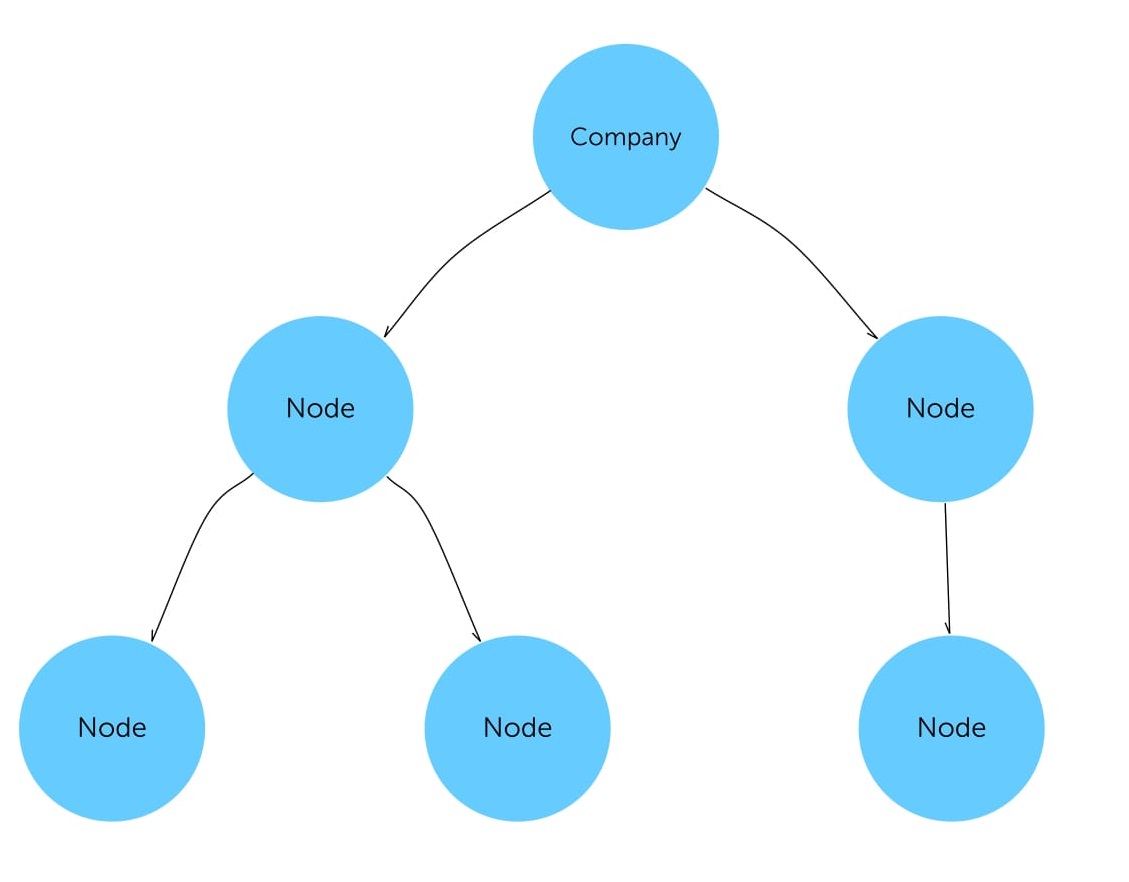 Nodes are the building blocks of a Company Tree and are used to represent the Company, Group, Division, Location or Devices in a Company Tree.

While Nodes may have multiple children, they can only have a single parent.

Divisions and Groups serve as generic buckets you can use to organize a Company Tree.

Locations represent physical and virtual presences that may hold inventory or process transactions, such as:

Devices include payment terminals and hardware appliances that run iQmetrix products such as XQ Shelf.

Company Tree Nodes are connected by Relationships, which create the hierarchical nature of the Company Tree.

The following table summarizes the possible relationships that may exist between Company Tree Nodes.

A company structure in RQ is made up of company, channels, regions, districts, and locations. At minimum, the company, region, district and location level must be included to create a tree with a depth of 4.

If an RQ company structure is imported into the Company Tree API, the following conversions take place:

iQmetrix APIs use the hierarchical structure of a Company Tree to pass information “down” the Tree. This is called inheritance.

In the example above, we have priced an iPhone Case at the KENTEL Node for 8.99. Alberta, Manitoba, Calgary and Winnipeg inherit this price, as they do not have a price explicitly set.

However, Edmonton Mall does have a price set for 11.99 and does not inherit the price from its parent, Alberta.

This example demonstrates the flexibility of a Company Tree as a company changes over time.

The fictional company used for these examples is KENTEL, a cellular mobility store specializing in wireless accessories.

KENTEL has two retail locations in Edmonton and Calgary. 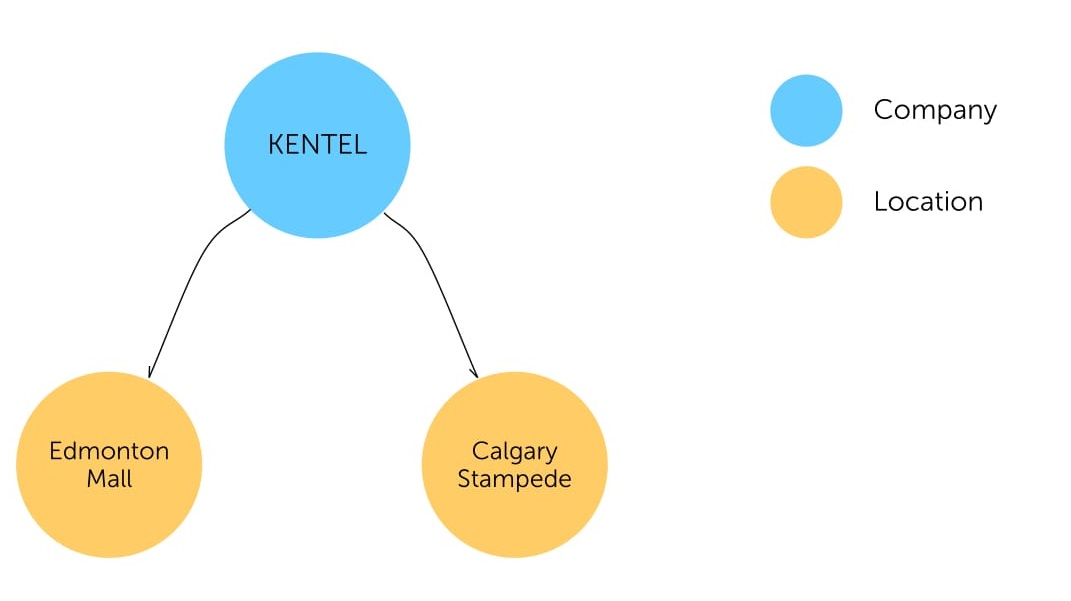 This translates into record sales, and KENTEL decides to expand into the neighboring province of Manitoba, which has a similar climate.

A new province means a new set of taxes and regulations, so KENTEL hires a regional store manager. The Company Tree is modified to include regional groups Manitoba and Alberta.

A few months later, KENTEL acquires retail stores in Manitoba and California through a merger with a competitor, Wireless Realm. The company name changes to KENTEL Corporation as a result and the Canadian store are rebranded as Mobile etc.

Wanting to improve the customer experience, KENTEL decides to add devices to the Edmonton and San Francisco retail stores.

To simplify management, the Company Tree is divided into Divisions. 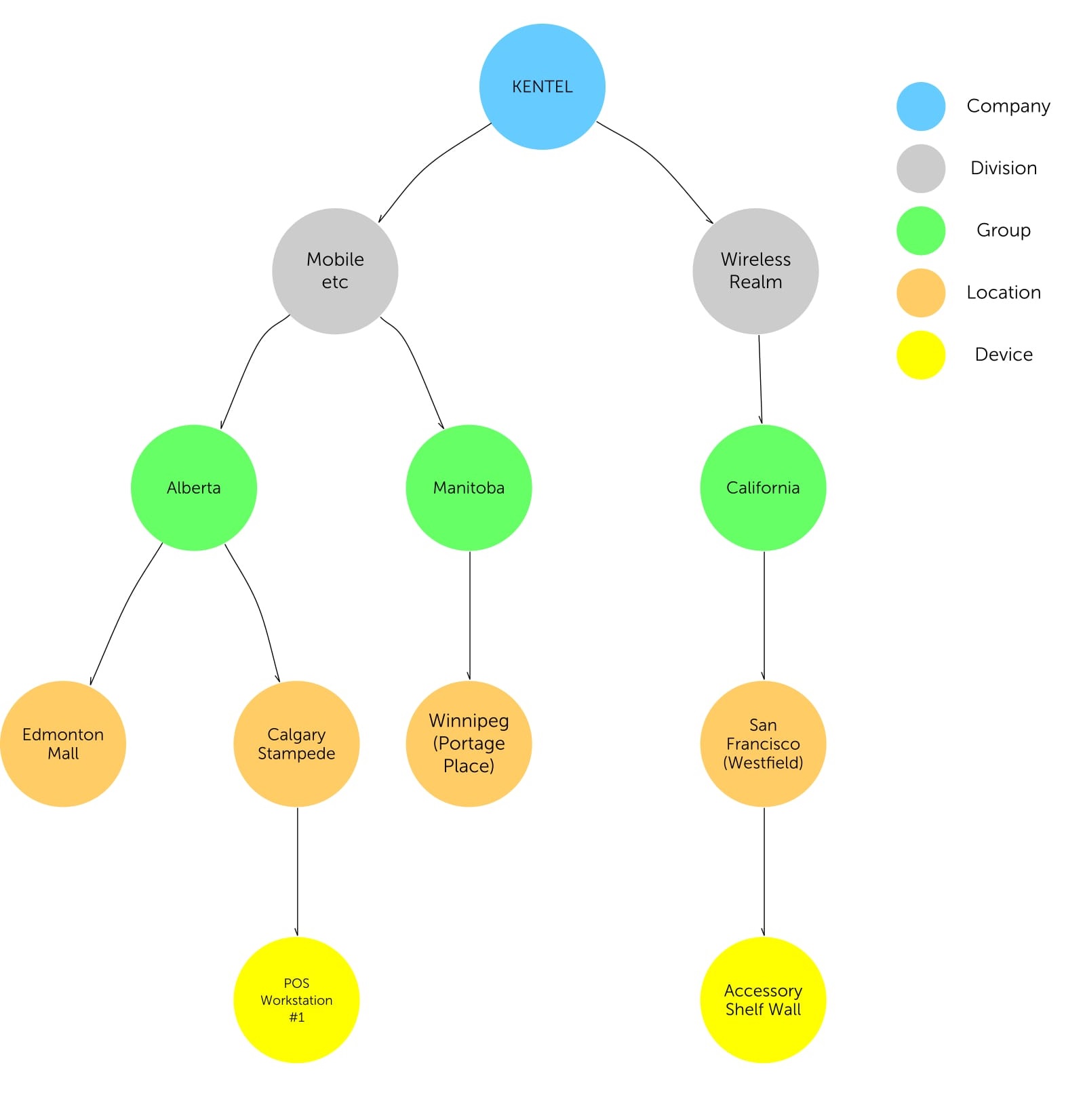